Home / Industry News / Student pilots may be worried, but better times will return

Student pilots may be worried, but better times will return

A few weeks ago, student pilots approaching graduation were destined to join an industry desperate for their services. Not now. With much of the world’s airliner fleet grounded and – under a very best case scenario – a return to 2019 traffic levels unlikely before the end of 2021, newly qualified pilots will be entering a jobs market that no longer needs them.

This is not the first time. The furloughs and painful airline restructuring that followed the terrorist attacks of 11 September 2001 meant that – in the USA especially, but also in Europe – the recruitment of entry-level pilots was halted or severely limited for the best part of a decade. 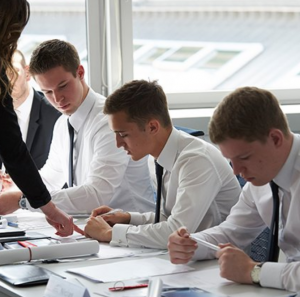 A generation of would-be first officers was lost and the industry began paying the price in the 2010s. With the US sector robust again and massive fleet expansion in Asia and the Middle East, a flightcrew shortage became one of the industry’s preoccupations.

As with engineers and doctors, first officers cannot be trained overnight. It takes years to create a pipeline of airline pilots. However, unless aspiring aviators have a realistic job prospect at the end, it seems inevitable that the training sector will be starved of recruits for as long as airlines feel the after-effects of this crisis.

For the current cohort of trainees, the outlook appears even bleaker. Some will have incurred six-figure debts based on the promise that they had a first officer’s salary and a career of 30 or 40 years awaiting them.

The only consolation that any of us who have lived through crises before will be able to offer is that this one – like all the others – will not last forever. The industry will come back strongly and, with it, demand for the services of pilots.

Thank you Flightdeck Consulting, my investment in your Online Program was the best career decision I’ve made.

I have to sincerely thank you guys for your well wishes and help. Your positive energy has seen me get over the line and see my childhood dream become a reality. I got the offer with Cathay Pacific and I cannot express in words how grateful I am for all your help...